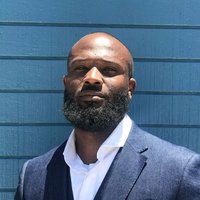 has over 20 years of music industry experience and is best known as a producer for his work with Murder INC in the early 2000’s. As a musician, he has played and toured with some of the top artists in the music industry. As an engineer, he has been a part of Emmy Award-winning and Grammy-nominated projects. As an artist manager and manager consultant, he has over 10 years of experience building and developing artists’ careers.

In academia, Bailey holds a Master of Arts in Music Industry Administration (CSUN) and a bachelor’s degree in Recording (California State University, Dominguez Hills). Currently he teaches various music industry and production classes at CSUN, CSUDH and Compton College. In the world of business, he is the CEO and president of Omnes Records and Little White Lotus Studios.