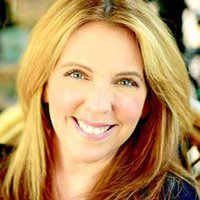 Anika Paris is an educator and music maker. She is a CRIA double platinum award-winning singer/songwriter and composer who has worked for EDEL/Sony RED, Warner Bros, Universal, Polygram and APM.

Anika is the only female composer for WB Telepictures with her compositions  on ABC, CBS, NBC, FOX, CNN, Lifetime, HBO, Oxygen, MTV to name a few. Her songs can be heard in film and television's “Anthony Bourdain,” “Sex in the City,” “Bounce,” “Wise Girls,” “So You Think You Can Dance,” “See Jane Date” and many more.

During her touring years, she was a signed artist, released numerous EP's, and even shared the stage with such luminaries as Stevie Wonder, John Mayer and John Legend.

Her eclectic style is rooted from years of working in live theatre, television, film and contemporary styles of music. Today she is still busy writing and producing work for multimedia.

Anika is an author of two educational books "Making Your Mark in Music" and "Five Star Music Makeover." She teaches at Musicians Institute, the Grammy and UCLA Extension Entertainment Studies.

She is a voting member of NARAS (Grammys), a board member for the Musicians Foundation and a platinum member of (SONA) Songwriters of North America.