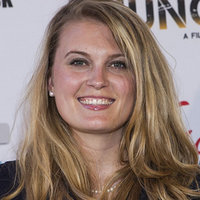 Ashley Maria is a filmmaker known for her work as an award-winning writer and director and location sound mixer for feature & short films, web series, 360 videos, and television commercials. Her numerous credits include directing the award winning Friday Night Fright, a comedy horror that won a Directors Guild of America (DGA) award, as well as production sound mixing for viral videos with attn: and BuzzFeed, and for Take Every Wave: The Life of Laird Hamilton and Night Shift, both of which were selected for Sundance. Ashley has a passion for helping filmmakers understand the value of recording great production sound. As an instructor, Ashley helps her students understand the importance of location when thinking about sound, equipment options, and how to better communicate with the sound mixer. She is also committed to diversity and inclusion within the industry. In 2014, Ashley was proud to be featured by the DGA Women's Steering Committee as a Director who represents “the future of women in film,” and more recently, Ashley was awarded the 2016 Business and Professional Women of Hollywood Young Professional.