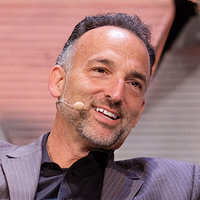 Executive producer, producer and past studio executive with an emphasis on marketing and distribution, business affairs, licensing/merchandising, product placement, financing as well as product strategy and business operations. Over the past 25 years, Greenberg has been involved in the green-lighting, marketing and distribution of 200+ films, and his strategies have produced over $5 billion in theatrical box office. Over the past decade, Greenberg has served as Executive Producer at The Greenberg Group, a global entertainment content and investment advisory and marketing/distribution consultancy, executive producing three feature films including the China/US feature film “The Meg” (which was released worldwide by Warner Bros. and Gravity Pictures in August 2018 and took in over $530 million at the worldwide box office making it the #1 U.S/China Co-Production to-date), “Cowboys and Aliens” and “Dylan Dog: Dead of Night.”

Greenberg is currently working on several feature films and television series in development for multiple clients.

Greenberg is an instructor at UCLA Extension in the Fall and the Spring quarters for the Entertainment Studies class, The Business of Entertainment.

When not working, Greenberg can be found body surfing in Marina del Rey or searching for the next great plant-based meal with his author/illustrator wife, Ruthie Briggs-Greenberg and their two kids.