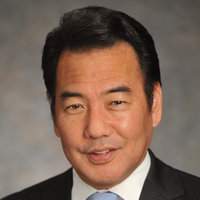 Ron Takiguchi is a Registered Electrical Engineer in the State of California but he shares national prominence in codes and standards. Currently, he serves as the Building Official for the City of Burbank, California where he manages the City's building department and regulation of design and construction in this community that is known as "The Media Capitol of the World".

Ron has been teaching for UCLA Extension since 1997 in the Department of Engineering and Technology Management where Ron received the prestigious Distinguished Instructor of the Year award in 2015.

Ron is a member of the Institute of Electrical and Electronic Engineers (IEEE) and serves as the Codes and Legislative Analyst for the Los Angeles Metropolitan Section, Industrial Applications Society Chapter. He has served as the past president of both the California Building Officials and the Los Angeles Basin Chapter of the International Code Council. Currently, he is the chairperson of the Plumbing-Electrical-Mechanical-Energy Code Advisory Committee to the California Building Standards Commission.

Ron holds a Bachelor of Science degree in Electrical Engineering and certifications from the International Code Council as a Certified Building Official, Electrical Plans Examiner, and Legal and Management Aspects of Building Administration.