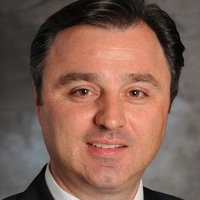 Tim O’Hair is a motion picture producer and executive with over twenty-five years’ experience managing studio and independent entertainment. For nearly a decade, he ran Primeridian Entertainment, overseeing all development, finance, and production activities for the independent company. O’Hair was a producer of the 2018 Irish hit BLACK ’47, an action drama set against the 19th century Irish famine which premiered at the Berlin Film Festival and was acquired by IFC for North America. He also produced A HOLOGRAM FOR THE KING, an international co-production directed by Tom Tykwer, starring Tom Hanks, and which premiered at the Tribeca Film Festival; as well as many other feature films. A variety of projects remain in advanced development, including dramas based on the life of Soviet dissident Aleksander Solzhenitsyn, animated voice giant Mel Blanc, and topical documentaries. Earlier in his career, O’Hair served as an executive at Universal Pictures, overseeing hits such as BRING IT ON and HULK; Orion Pictures International; and the Paradigm agency. Currently a member of the Producers Guild of America (pga), a frequent speaker on film and film finance, and an active community volunteer, he received degrees from both Dartmouth College and Columbia University. He and his family split their time between California and Ireland.