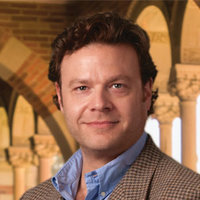 Actor, director, screenwriter and producer. As an actor, Mr. Gould has performed in over 50 stage productions in New York City, Los Angeles, and regional theater. On television, he has appeared on shows such as Curb Your Enthusiasm (HBO), Numb3rs (CBS), The District (CBS), Diagnosis Murder (CBS), Another World (NBC), and recurred on Without A Trace (CBS) for the first four seasons.