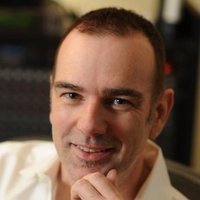 Composer for film, television, commercials, video games, and interactive exhibits who recently released Fictional Radio, an album of cinematic electronic music. Mr. Beasley has worked with some of the top composers in the film and television world, contributing writing, orchestration, and programming. Mr. Beasley received the UCLA Extension Department of the Arts Outstanding Instructor of the Year Award in 2016.