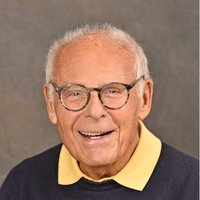 founder and former Chairman/Chief Executive Officer of Abrams Artists Agency. He was born in Kansas City, Missouri and raised in Los Angeles, California. He attended Los Angeles High School and is a graduate of UCLA with a Masters degree in Business Administration, The Anderson School of Business.

Mr. Abrams always knew that he wanted to pursue a career in the entertainment industry as a talent agent. Upon graduation, in 1957, he acquired a job at MCA Artists, which was then a talent agency. Mr. Abrams started at an entry level position in the mailroom of MCA for forty dollars a week and rose quickly to become an administrative assistant in its television department. After working as an agent-in-training for 2 1/2 years, he was promoted to become an agent in the television department. He remained at MCA until 1962, when the company was forced to divest itself of its talent agency division due to an anti-trust action against MCA's parent company. The parent company for MCA also owned Universal Pictures/Studios and Revue Television Production Studios and would employ their own talent, to the dismay of rival talent agencies. The Attorney General of the United States at the time, Robert Kennedy, declared MCA a monopoly and forced them to choose between becoming either a production company or a talent agency. The parent company chose motion picture and television production. MCA Artists Agency was then disenfranchised by the Screen Actors Guild along with the other unions. It was at this time that Mr. Abrams and an MCA co-worker decided to start their own specialized talent agency named Abrams-Rubaloff & Associates in Los Angeles.

The agency was specialized inasmuch as they focused on the representation of broadcast journalists, radio and television personalities, newscasters, sportscasters, emcees/hosts for game and talk shows, radio and television performers for commercials, as well as spokesmen and spokeswomen on behalf of products. By 1966, the Los Angeles office was thriving, which allowed Mr. Abrams to move to the East coast and open a New York City branch of the agency. By 1977, Abrams-Rubaloff & Associates had risen to become the top talent agency of its kind throughout the country.

The rich theatrical environment of New York City captured Mr. Abrams' curiosity as he quickly became enamored with the theatrical actor. He discovered and guided a number of these performers, but only insofar as commercials were concerned. Mr. Abrams felt it would be beneficial to represent these performers for theatrical employment as well. Mr. Rubaloff did not share Mr. Abrams' ambitions. In 1977 they parted ways and Mr. Abrams went on to form in New York city what we now know as Abrams Artists Agency. This being an independent venture, he was able to create a talent agency that fit his own personal vision; a full service agency (motion pictures, television, legitimate theater, radio and television commercials, etc.)

During the years from 1977 to 1982, Mr. Abrams would periodically make business trips to the Los Angeles area to present his New York clientele to motion picture and television producers on the West coast. He established affiliations with Los Angeles-based talent agencies to service the New York clientele. These reciprocal arrangements also allowed him to solicit employment in New York for the clients of the Los Angeles-based agencies. However, it was always his goal to have his own Los Angeles office rather than depend upon corresponding agency relationships. This goal was attained in 1982 with the opening of an agency known as Abrams, Harris & Goldberg in Los Angeles, a subsidiary of Abrams Artists & Associates in New York. Mr. Abrams traveled back and forth regularly between New York and Los Angeles, sometimes on a weekly basis, while he trained Mr. Harris and Mr. Goldberg in how to manage an agency and the fine points of how to run a business operation. During this time, Mr. Abrams continued to operate out of his New York office. It was not until 1986, when he separated from Mr. Harris and Mr. Goldberg, that he renamed the Los Angeles office, The Abrams Artists Agency, and moved back to Los Angeles to lead the West coast office to the prominent stature that it enjoys today.

Mr. Abrams currently resides in Los Angeles with his wife, Gay and two daughters: Emily and Madeleine. He also maintains a residence in New York City. Mr. Abrams has four sons from a previous marriage: Anthony, (a writer and feature film director), Jonathan, (a composer/arranger and musician), Nicolas, (a chef de cuisine}, and Zachariah, (a motion picture producer with Michael De Luca Film Productions at Sony Pictures Entertainment). Mr. Abrams is on The Board of Directors of the Los Angeles Fraternity of Friends ( a fund raising organization attached to The Music Center of Los Angeles). a major sponsor of the annual Sundance Film Festival, a supporter of the Theater Arts/Film School at UCLA, a member of the Independent Feature Film Project East/West, a member of the Los Angeles Entertainment Arts Council, a patron of the Mark Taper/ Ahmanson/Walt Disney Concert Hall /Kirk Douglas Theatre (The Center Theatre Group), a patron of the New York City Ballet and American Ballet Theater, an annual patron of the Lincoln Center Film Society, a member of the East Hampton Tennis Club and the Riviera Country Club (Pacific Palisades, California). Mr. Abrams is also on The Board of Directors of REPRISE, a non profit theatre company that revives Broadway musicals for presentation four times a year at UCLA's Freud Theatre.