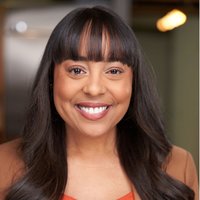 Jaia Thomas is a Los Angeles-based sports and entertainment attorney with over ten years of experience on both coasts. Her day-to-day consists of structuring, drafting, reviewing and negotiating an array of agreements relating to the production, distribution, publishing and licensing of television and film content. Her clients range from artists, filmmakers, producers, production companies, social media influencers and studios. She also regularly assists clients with trademark registration and protection. She has also been quoted as a legal expert in such publications as USA Today and The New York Times. In addition to practicing law, Jaia is the founder of Diverse Representation, a company aimed at increasing the exposure and hiring of Black agents, attorneys, managers and publicists in the sports and entertainment industries. In addition to providing the first ever comprehensive database of Black agents, attorneys, managers and publicists in the sports and entertainment industries, Diverse Representation also hosts various events, programs and initiatives. Diverse Representation has partnered with companies such as WarnerMedia and Netflix to help ensure greater diversity within multimedia conglomerates.  Jaia regularly speaks at conferences and industry events discussing various topics at the intersection of diversity and entertainment. She also regularly writes about inclusion and equity issues permeating the industry. Most recently, she wrote an op-ed for The Hollywood Reporter titled, "Hey Hollywood: If You Care About Diversity, Start With Your Own Team." Jaia was also recently hired as a contributor for Forbes, where she writes about the intersection of diversity and the entertainment industry.    A native of Cincinnati, Ohio, Jaia Thomas is a graduate of Colgate University (BA) and The George Washington University Law School (JD). She also holds a Certificate in Television, Film and New Media Production from University of California, Los Angeles.