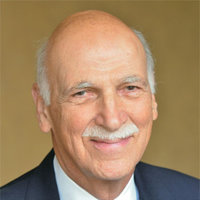 Mark E. Buchman  is a semi-retired financial executive, currently engaged in consulting in banking and finance, and Asian business.  He is a founding investor and a director of Pacific Commerce Bank, the only bank in the U.S. aimed at the Japanese-American market.  He is also an instructor at UCLA Extension in international finance, money and banking and Asian business.  His consulting business is conducted through PacRim Financial Consultants.

His Asian experience began with US Navy service in 1959 on a heavy cruiser in the Pacific Fleet.  Joining Manufacturers Hanover Trust in 1962, he served as Far Eastern Representative in Tokyo from 1966-1971.  Returning to New York, he became Senior Vice President for all Asian business, and travelled extensively from Iran to Korea.  Buchman was the third American banker to enter China in 1975,  and was instrumental in establishing MHT offices in Seoul, Beijing, HongKong, Bombay, Kuala Lumpur, Singapore and Jakarta.

He is a long time member of the Council on Foreign Relations.