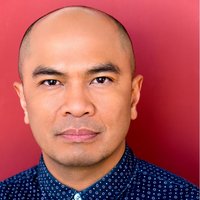 Mig Macario was born in the Philippines, grew up in Canada and now divides his time between Los Angeles and Vancouver. Mr. Macario has over 30 years of experience in the entertainment industry as an actor, teacher, acting coach, casting associate, and filmmaker.

Having appeared in over 50 Film and Television projects, Mig has recently finished working on Velvet Buzzsaw for Netflix starring with Jake Gyllenhaal and directed by Dan Gilroy (Nightcrawler, Roman J. Israel). Other credits roles on S.W.A.T., Criminal Minds and a recurring role playing the iconic character of Bashful of the Seven Dwarfs on the ABC series Once Upon A Time.

Mig is deeply passionate about sharing his knowledge and experience about the craft of acting to his fellow artists and is constantly finding ways to evolve the process.