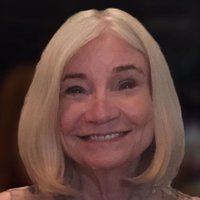 Nancy Hendrickson started her career as an actress, with a BFA in Drama from Carnegie-Mellon University. She was a member of SAG-AFTRA and AEA and worked in regional theater, off-off Broadway, commercials, voice-overs, daytime dramas and feature films.

In 1991, she launched her writing career, which includes more than 50 comedic promotional spots for The Disney Channel, featuring a variety of TV stars, a taped sketch featuring The Disney Channel’s “Adventures in Wonderland” cast for cable industry’s CTAM Awards Ceremony, and a PSA for Kayamanan Ng Lahi Philippine Folk Arts, which she also directed. Other professional writing credits include 30 and 60-second radio ads and numerous contributions to Creative Screenwriting and MovieMaker magazines.

Nancy earned an MFA in screenwriting from California State University Northridge. Her screenplays have taken first place at the Austin Film Festival and Carl Sautter Memorial screenwriting competitions, and have placed in the finals or semifinals of many others, including The Academy’s Nicholl Fellowship, the Sundance Institute Writers Workshop and the Eugene O’Neill National Playwrights Conference. Nancy’s directing career started with stage plays and expanded to include producing and directing staged readings of screenplays for The Scriptwriters Network. She has written, directed and produced three award-winning short films and two seasons of the award-winning Youtube web series, Boomers, which is now also available on Amazon Prime as a three-episode pilot sitcom.

She has been a finalist in AFI’s Directing Workshop for Women, was a Kodak Grant recipient, and is a member of the Alliance of Women Directors as well as the Writers Guild of America West. She has taught directing, filmmaking, acting and writing at The Los Angeles Film School, New York Film Academy, and in the film departments at California State University Northridge, Pepperdine University and Montclair State University. She is delighted to join the faculty at UCLA Extension.