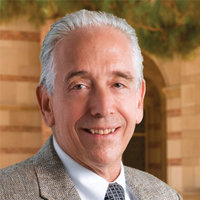 Robert Maurer is the CEO and founder of the Science of Excellence, a consulting firm. His clients include American Express, Costco, Disney, Mazda, Wellpoint, Pepsi, the U.S. Navy and Air Force, as well as local government throughout the UK.

As the director of Behavioral Sciences for Family Medicine, Spokane and a faculty member with the University of Washington School of Medicine, Dr. Maurer has studied how individuals, families, and organizations sustain their excellence in health, relationship, and work. He is also an Associate Clinical Professor at the UCLA School of Medicine.

Dr. Maurer has appeared on ABC’s “20/20” in connection with his work on conflict resolution. A Los Angeles Times article profiled Dr. Maurer’s seminars on creativity. His book on creativity and change, One Small Step Can Change Your Life, was published in the fall of 2004 and now appears in 14 languages.