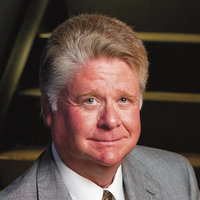 Steven Van Hook has worked in news media, international management, economic development, marketing, public relations, social services, and education for more than twenty years, including positions in Washington, D.C.; Moscow, Russia; and Kiev, Ukraine. He has a BA in Journalism, an MA in Communication, and a PhD in Education.

Steven has been a television producer, a newspaper features writer and columnist, a radio newscaster and reporter, a weekly radio talk-show host, a television news anchor, an NBC affiliate news division manager, and directed a nationwide television and radio public information program in Kiev, Ukraine. He managed a Washington-based television news service, and served as bureau chief in its Moscow office during the final months of the Soviet Union in 1990-91. He was the American representative in Moscow for a US-Soviet newspaper joint venture between the Literaturnaya Gazeta and the Sun World Corporation.