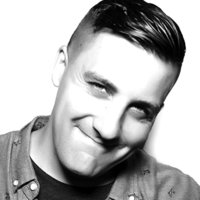 I've been telling stories since I was a little boy smashing toys together in the playroom. Many of the most formative moments of my life have related to this primal compulsion – not the least of which was when my freshman English teacher observed, “Writing is in your blood.” I think of that crucial encouragement often, so many years onward into my career, and aim to provide such mentorship to others through my classes. Being in touch with my imagination and sharing stories with audiences has benefited so many aspects of my life. I think the same could, and should, be true for many more people if they get the right instruction and develop the right habits.