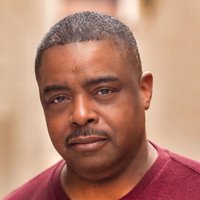 Editor for television, feature films, and documentaries and an AVID Certified instructor. Toi Juan trained at Video Symphony, graduating 20+ years ago and has not stopped editing since. His first project was an infomercial that aired while he entered into the Freelance Editor world. Next, he edited a feature film and a documentary entitled The Ultimate Song, which was well received on the festival circuit.

As a television editor, Mr. Shannon has worked for E!, The NFL Network, and Conan. He also edited nine episodes of a sit-com series “Beauty and The Baller” that aired on BET. He also edited the award-winning web-series Kid Justice and Spirits.

His latest feature, that is currently in distribution, is Acts of Desperation.  Since then, he edited two documentaries; What do You Have To Lose? and Brothers Broken, two television pilots, Chronicles of A Douchebag and Journey to America and music videos for “Lemoyne Alexander and the Blacklight Theory”. He is presently editing a 4-part docu-series titled Pancrase Hybrid History soon to air on Netflix simultaneously with an award-winning six-part docu-series about boxing and trainers entitled 10 Count.

Toi Juan is an Avid Certified Instructor and has trained hundreds of editors. He has also served as a Post Supervisor on close to 100 projects. Toi Juan began teaching a short time after he graduated and has continued to teach throughout his editing career.

Toi Juan’s motivation in all of his work has always been the pursuit of excellence through TRUTH.