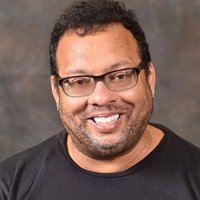 Screenwriter, director and WGA-East member, whose credits include The Stream starring Rainn Wilson and Alternate Universe. Mr. Costello TV credits include Lost n’ Found and Detectives Club. He has also written and directed award-winning shorts including The After Party and Dreamwisher.

We are drawn to a story because of how it’s told—the characters, the details, the voice of the writer. A contemplative stroll into the interior could be as engaging as a rollercoaster ride with tense starts, euphoric crests, and teeth-clattering plunges. The writing process itself might be the subject of a future project. No experience is lost on a writer. I’ve worked with underprivileged writers as well as senior writers on television shows. Universally, we struggle with developing nuanced characters, creating an authentic yet compelling story arc, and projecting the voice that we claim as our own. As an instructor, I’m energized by how writers use the tools of the craft. It’s my pleasure to create an inviting and stimulating atmosphere, in which writers build a community while navigating the process from inception to publication.