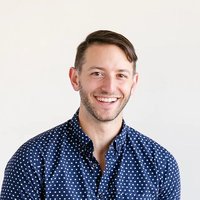 For over 10 years, Eric Kalver has been a successful multifaceted music creative in Los Angeles. You may know him from his work as the Music Supervisor of Activision Blizzard, but he is also an accomplished music supervisor, drummer, arranger, and composer. Eric currently works as a Creative Producer at Movers+Shakers, a creative agency specializing in digital marketing for brands. They are known for creating the most viral TikTok campaign ever with over 6 billion views and 5 million user genreated videos for e.l.f. cosmetics.

Previously, Eric oversaw the music for all in-game and marketing uses for video games such as Tony Hawk’s Pro Skater 1+2, the Call of Duty franchise, Crash Bandicoot, and more. He was nominated for “Best Music Supervision in a Video Game” at the 2020 Guild of Music Supervisors Awards for Call of Duty: Modern Warfare.

Eric was also a producer and music supervisor for Music and Strategy (Netflix, Lincoln Motor Company, Ford, Miller Lite, Nest) as well as the film and television creative of Heavy Hitters Music (MTV, ABC, Fox Sports). Eric has orchestrated on movies such as “Fast Five” and “Skyline”, he is a published arranger through Alfred Music Publishing, and has written compositions for television such as “The Talk” on CBS. As a professional drummer, Eric has played with various bands, musical theater orchestras, comedians, and improvisational groups. Currently, Eric can be seen playing drums on the Netflix comedy special Todd Glass: Act Happy, as well as Off Book: The Improvised Musical Podcast, The Todd Glass Show, and Baby Wants Candy. He holds a dual degree from Berklee College of Music and is endorsed by Tamburo Drums.