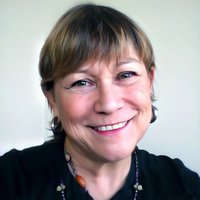 who is widely known for using technology such as Virtual Reality (VR) to deliver meaningful experiences that enrich people’s lives. From 1990 to 1994, Morie worked as an artist, researcher and educator at the University of Central Florida’s Institute for Simulation and Training. While there, she developed multi-sensory techniques for VR that predictably elicit emotional responses from participants, using psychology and art to create environments that ranged from disquieting to nostalgic.

In 1999, she helped establish the USC Institute for Creative Technologies, an Army-funded research lab finding connections between entertainment and military needs. She spent 14 years there as a Senior Research Scientist, expanding her work in emotionally evocative VR, including patenting a scent collar to deliver evocative odors to participants within immersive experiences.

Previous to ICT, she spent six years in the animation and effects industry at Walt Disney Feature Animation, Blue Sky|VIFX and the award winning Rhythm & Hues, creating specialized training programs for both traditional and digital aspects of production.

In 2013 Morie started All These Worlds, LLC to promote virtual environments and technology for healing. She is active in online 3D virtual worlds (social VR) has applied her techniques to these worlds for Mindfulness applications, storytelling and healing for veterans and soldiers. Her Coming Home project, started in 2009, created a center in the online world Second Life, where those in need could find stress relief and rehabilitation activities. She often incorporates intelligent avatar agents in virtual worlds to aid humans in their healing, training or artistic activities in the virtual spaces.

Her company partnered with SIFT (Smart Information Flow Technologies) to build a virtual world ecosystem called ANSIBLE for NASA designed to provide psychological benefits for future astronauts who will undertake extremely long missions to Mars. ANSIBLE was tested in an analog facility called HISEAS in Hawaii, where a team of six scientists was sequestered for a full year to simulate the conditions of isolation on Mars, including communications delays.

She is a sought after consultant on the use of virtual technologies, including how avatars affect us in society. She is a senior technical advisor to the XPRIZE’s ANA Avatar Prize, which challenges teams to create a robotic avatar people can inhabit from a distance. Her recent 22-chapter book, The Handbook of Research on the Global Impacts and Roles of Immersive Media, was published in early 2020.

Dr. Morie’s other research interests include how space, identity and play in virtual worlds can positively affect our human nature, and she has presented this work at conferences worldwide.