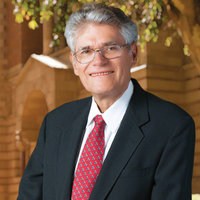 In May 2010, I provided software services for the Dutch Open Telescope, a solar observatory on the Island of La Palma in the Canary Islands, as part of an NSF grant. In October 2009, I published Murach's C++ 2008, the textbook used in my C++ class. Unlike any other programming language, the unique 50+ year upward compatibility of C++ from its oritinal inception in the 60s documented inThe C Programming Language of Kernighan and Ritchie, Murach's C++ 2008 textbook continues to work seamlessly with the latest Microsoft release of C++ within the latest release of Visual Studio.

Prior to that, I consulted with Jet Propulsion Laboratory in the Modeling and Simulation Technologies Group of the Engineering and Communications Infrastructure Section, developing modeling software for the Mars Exploration Rover (MER) Spirit and Opportunity Rovers.

Prior to this task, I completed a collection of training materials for JPL's Network Simplification Project (NSP) infrastructure within the Deep Space Network (DSN), helping them establish consistent operations procedures at their three deep-space tracking stations in Madrid, Spain; Canberra, Australia; and California, United States. This effort resulted in remote delivery of more than 12 hours of Computer-Based Training (CBT) with expert presenter voiceovers converted to HTML (for use by Microsoft Internet Explorer 6) and PDF (for use by Adobe Acrobat 6), over the web and also via a single CDROM, reducing materials costs from $195.94 per printed binder of 862 PowerPoint slides to $0.45 per CDROM of the same information, complete with voiceovers. Other JPL work has included consulting in their Enterprise Information System (EIS) infrastructure, helping them establish consistent operations procedures in various lab-wide services such as email, enterprise file management, and security; selecting and setting up of hardware and software needed to improve workstation interoperability, simulation and modeling of microprocessors aboard the current Cassini spacecraft that recently successfully landed on Saturn; and developing software for operation of tracking station ground support telecommunications systems. I've also worked with companies in computer factory automation, as well as on projects for various telephone service companies and long-distance carriers in the areas of traffic analysis, automated billing, and computer-assisted handling of calls by live operators. I have a PhD in Computer Science from University of Utah, which was earned getting a computer to capture, organize, and display music notation. Later, circumstances led to the opportunity of connecting a computer to a large pipe organ and performing several public concerts. Pren :-)