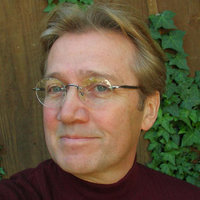 Writer/director; WGA member whose numerous writing credits include multiple episodes of Stargate SG-1, Star Trek: The Next Generation, and Star Trek: Voyager, and is currently developing Dreamland, a miniseries for ABC Studios. Mr. Wilkerson wrote and directed the independent feature Trade Show and is a recipient of the UCLA Extension Outstanding Instructor Award in Screenwriting.

If you've ever really loved a moment in a film, it's because somebody originally got it right on the pages of the screenplay. In my courses, we venerate the unsung hero of the film industry, the screenwriter, as we learn all about how to become one. We look at great film moments, characters, and battles. We analyze structure, study the craft, and appreciate the art. And most importantly, we give you the tools, support, and guidance that can help you craft your ideas into a screenplay, so that other people can love the moments that you put into your film.