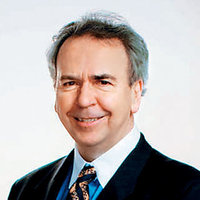 Terry Schmidt is the founder of ManagementPro.com and the Strategic Planning Academy. He has earned an international reputation as a strategic thinker and management innovator during 30+ years experience assisting corporations, governments and research institutions in 36 countries worldwide. He served on the Association for Strategic Planning task force, which developed a Certification program for strategic planners. He was the fourth person worldwide to earn ASP’s Strategic Management Professional (SMP) designation.

He is the author of 7 management books, including his latest Strategic Project Management Made Simple. Mr. Schmidt won the coveted Charles T. Main Award from the ASME and is cited in Who’s Who in Finance and Industry, and Who’s Who in the World. He holds a BS in aerospace engineering from the University of Washington and an MBA from Harvard University.