One Student's Journey to a New Career 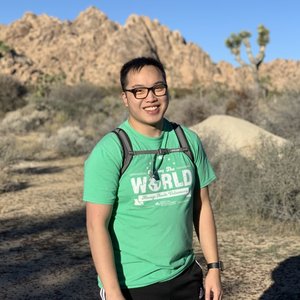 Two years into his undergraduate accounting program, Alvin Ng took a computer science elective. Little did he know he was about to find his true passion.

“It was immediately interesting to me,” he said, “but I was already set on my path to accounting, and I knew it would take five years total—I didn’t want to waste any time. So I set computer science aside, making the decision to treat it as just a hobby.”

It wasn’t a hobby for long. Increasingly unfulfilled by accounting, Alvin followed his passion when he transferred to UCLA a year later and enrolled in The Coding Boot Camp at UCLA Extension to gain a coding Award of Completion alongside his degree.

Tackling his fears and rising to the top

Enrolling in the boot camp took courage, but Alvin knew he made the right decision. “There is a satisfying feeling I get when I’m coding,” he said. “It felt good to get that feeling back. It wasn’t something I was getting from accounting.”

From day one, the program opened Alvin’s eyes to a new way of learning. With the help of his instructors, he tackled new material, worked through problems, and broke down code barriers piece by piece.

“It was intimidating at first,” said Alvin. “I was the youngest in the class, still being in college, but it was great to have such knowledgeable instructors and a group of people with the same interests as me. We became close quite quickly.”

The teaching assistants (TA) stood out to Alvin as well. Everyone was at different experience levels and working through the material at different paces. The TA's were available before and after class every day to help bridge any gaps. “The TA's didn’t just help those who were behind,” said Alvin, “They also helped those who were ahead like me to go beyond the prescribed curriculum.”

After mentioning that he was interested in data engineering, Alvin was given extra material and support to explore data science and Amazon Web Services (AWS)—something that would form the foundation of his biggest work project just a few months later.

“There is a satisfying feeling I get when I’m coding. It felt good to get that feeling back. It wasn’t something I was getting from accounting.” 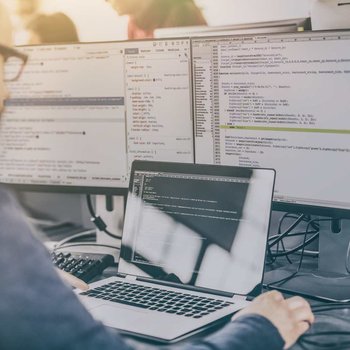 Landing a new role and making his mark

Alvin prepared for his job search by conducting practice sessions through the boot camp’s career services. His hard work paid off. In his interview with Frequency Networks, Inc.—a cloud-based, B2B software platform designed for linear channel and program streaming that he discovered through the UCLA Alumni network—he was asked to complete many of the algorithms he’d already practiced.

Though the role he originally accepted was for Account Manager, Alvin quickly demonstrated his coding skills by helping to speed up technological processes and elevate the company’s platform product. In only a few months, he was reassigned to Junior Quality Assurance Engineer.

Alvin doesn’t regret leaving accounting for a second. He’s grateful he can wake up and work on projects he loves, rather than be stuck in a less interesting—and fulfilling—career path. “I’ve learned a ton about the Amazon Web Services (AWS) suite,” said Alvin. “I’ve collected and extracted a lot of important and meaningful data from clients’ logs so far, and I’m really proud of what I’ve managed to accomplish in these past six months. It feels amazing. 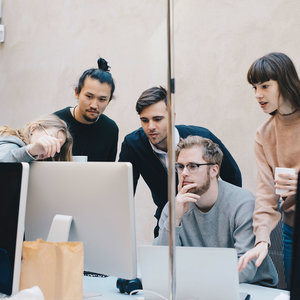 Quickly build the skills you need for front end and back end web development in a matter of months in our online Coding Boot Camp.