Become a Member of the Writers’ Program Network of Writers.
Join Today! 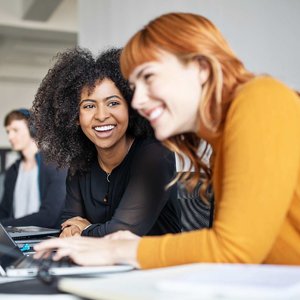 Writers thrive when they immerse themselves in a community of people who share their passion. That’s why so many people fondly remember their Writers’ Program classes for years after—the connections they make with other students and instructors end up being the fuel they need to keep going.

Stay immersed in the Writers' Program community with the Writers’ Program Network of Writers (WP NOW), a membership program that offers exclusive access to an exceptional roster of discounts and benefits, including members-only networking and professional development opportunities, for one low annual fee.

Keep your education and professional development going strong outside the classroom. Membership begins the quarter you join and lasts for one full year. 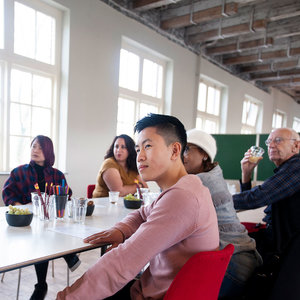 Free Writers' Program Workshop
Enjoy a complimentary enrollment in a 3-hour, one-day Writers’ Program workshop such as The Agent/Author Partnership.

Software Discounts
Access the tools professionals use with software discounts on Final Draft and Scrivener. 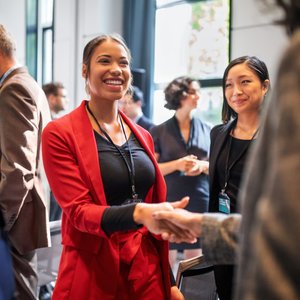 Exclusive Writers' Program Events
Be invited to attend exclusive members-only events hosted by the Writers' Program throughout the year—including networking opportunities, panels with industry professionals, and lectures on thriving in the writing life.

Members-Only Online Community
WP NOW members have access to a private, online community to connect with other writers, form groups, and ask for help.

With reciprocal memberships in some of the region and the nation’s most significant associations for writers, you’ll have access to more knowledge, resources, and opportunities than ever before.

As part of your WP NOW membership, you will also receive a free one-year membership to two of the following: The American Film Institute, Association of Writers and Writing Programs (AWP), New Filmmakers LA, Independent Writers of Southern California, PEN America, and Society of Children's Book Writers and Illustrators with full access to their benefits.

The American Film Institute (AFI) champions the future of the moving image as an art form. We believe in the revolutionary power of visual storytelling to share diverse perspectives, inspire empathy and drive culture forward.

We are dedicated to celebrating excellence in the art form and to creating national education initiatives that inspire artists and audiences alike.

Your AFI Star Membership benefits include:

AWP provides support, advocacy, resources, and community to nearly 50,000 writers, 550 college and university creative writing programs, and 150 writers’ conferences and centers. Their mission is to foster literary achievement, advance the art of writing as essential to a good education, and serve the makers, teachers, students, and readers of contemporary writing.

Your digital membership benefits include:

Four annual digital issues of The Writer’s Chronicle. Each issue features essays on the art of writing poetry, fiction, and nonfiction; interviews with accomplished writers; and listings of opportunities for grants, awards, and publication. Members also have free access to the Chronicle app.

Independent Writers of Southern California—one of LA’s longest-running professional writers’ organizations—welcomes writers of all levels and genres for networking and professional development.

New Filmmakers LA (NFMLA) provides a forum where filmmakers can be recognized for their contributions, have open audience discussions about their projects and connect with industry professionals for insight on distribution, production, acquisition and representation.

PEN America stands at the intersection of literature and human rights to protect free expression in the United States and worldwide. They champion the freedom to write, recognizing the power of the word to transform the world. Their mission is to unite writers and their allies to celebrate creative expression and defend the liberties that make it possible. Founded in 1922, PEN America is the largest of the more than 100 centers worldwide that make up the PEN International network. PEN America works to ensure that people everywhere have the freedom to create literature, to convey information and ideas, to express their views, and to access the views, ideas, and literatures of others.

PEN America's strength is their Membership—a nationwide community of novelists and nonfiction authors, journalists, editors, poets, screenwriters, essayists, playwrights, publishers, translators, agents, and other literary professionals, and an even larger network of devoted readers and supporters who join with them to carry out PEN America’s mission.

As a PEN America Member, you would have a unique part to play in the defense of free expression, celebration of literary excellence, amplification of marginalized voices, and the fostering of dialogue across political and ideological boundaries. We need your voices and support now more than ever. Working together, we will defend our most precious freedoms.

PEN America Members commit themselves to:

The Society of Children’s Book Writers and Illustrators (SCBWI) is the only professional organization specifically for aspiring and published individuals who write and illustrate for children and young adults. Membership in SCBWI is open to anyone with an active interest in children’s literature, from picture books to young adult novels.

Get Incredible Value with WP NOW

When you join WP NOW for one low annual fee, you'll enjoy many exclusive benefits for a full year.

*Course enrollment discount is applicable to most open-enrollment Writers' Program courses, excluding Master Classes, Pro-Series, and other multi-quarter workshops.
**The approximate "total value" is based on estimated cost savings. Individual "savings" will vary. WP NOW members are able to choose from two of the six reciprocal memberships in professional writing associations; therefore, the "total value" above includes an averaged amount. 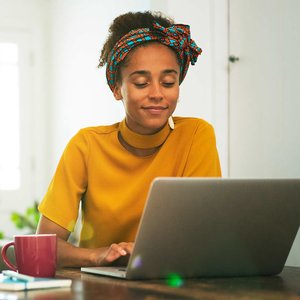 The Writers’ Program Network of Writers (WP NOW) is a paid membership program. Membership begins the quarter you join and lasts for one full year. "Writers' Program" course disciplines include Creative Writing, Screenwriting, and Editing & Publishing. WP NOW membership is not required to enroll in Writers' Program open-enrollment courses and programs; however, select seminars, workshops and events may be restricted to WP NOW members. Fees and membership benefits are subject to change.

Our team members are here to help. Hours: Mon-Fri, 8am-6pm. 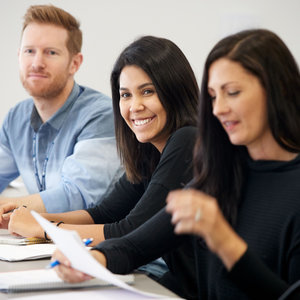 The Writers’ Program is one of the most prestigious creative writing and screenwriting continuing education programs in the nation. Our open admissions policy and supportive community ensure that all students are inspired and guided to do their best work. Our curriculum includes 400 annual writing courses, offered both onsite and online, taught by a diverse corps of 200 published and produced professionals.