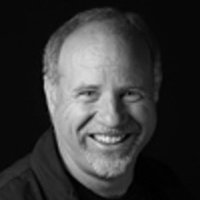 Richard Greenberg is the former Head of Post Production at Miramax. He has enjoyed teaching "Post Production for Film and Television" for over ten years at UCLA Extension and now often finds himself working alongside some of his former students. Richard has experienced technological change on a regular basis and has stayed abreast of the industry in order to remain relevant to his students and his colleagues. Mr. Greenberg is a successful producer, corporate executive and post production evangelist. He understands that not everyone loves technology and, as a result, is known to be an entertaining, patient, and capable communicator who specializes in explaining complex things in simple terms. His diverse interests currently keep him active in all forms of media. Mr. Greenberg is a patented inventor, published author, songwriter, blogger, husband, and father of four.