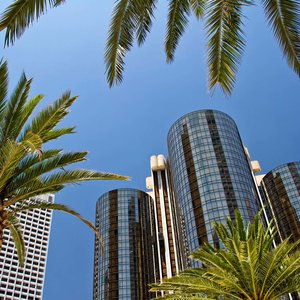 UCLA Extension’s annual Land Use Law and Planning Conference is the leading source of information on California land use legislation, case law, and the emerging issues that frame land use and development practices in the nation’s most populous state.

The program’s unique cross-disciplinary approach explores the full range of perspectives drawn from the land use planning, legal, development, and environmental communities, and demonstrates how these factors influence the day-to-day work of planners, developers, environmental regulators, and attorneys.

Now in its 35th year, this half-day interdisciplinary program features a variety of knowledgeable speakers who will provide succinct and provocative updates on core state and federal case law and legislation, land use law, and planning issues. This virtual edition of the conference will be shorter than in years past and will focus on vital updates for the year as well as relevant pandemic-related information.

All individuals involved in land use and environmental issues in California, including:

On January 8th, join us for a review of the important issues of the past year—and a look at what’s ahead for 2021.

A perennial staple and favorite at the conference, hear distinguished counsel representing all sides—petitioner, respondent, and real party in interest—survey the latest judicial, legislative, and regulatory developments in the CEQA arena, providing invaluable and strategic insights as to their implications for legal practitioners, consultants, and lead agencies.

David Smith is a partner with Manatt, Phelps & Phillips and splits his time between the firm’s Orange County and San Francisco offices. Mr. Smith counsels land developers, conservation companies, for-profit and nonprofit organizations, and individuals at the intersection of law and government on land use entitlement, real estate development and regulatory compliance. He is frequently engaged in entitlement and permitting matters for development projects that are, or have the potential to be, particularly contentious and complicated.

Mr. Smith’s expertise includes all facets of land use and related regulatory compliance including the California Environmental Quality Act, the National Environmental Policy Act, the Endangered Species Act, the Clean Water Act, climate change, the McAteer-Petris Act and California’s planning and zoning laws. In addition to his practice, Mr. Smith frequently speaks at law schools and conferences throughout the state.

Kevin Bundy is an attorney at Shute, Mihaly & Weinberger LLP, where he primarily represents public interest and community groups in environmental and land use matters, with a particular focus on CEQA litigation and local ballot measures. Kevin also spent several years as a Senior Attorney and Climate Legal Director with the Center for Biological Diversity’s Climate Law Institute, where his practice focused on regulation of greenhouse gas emissions under the federal Clean Air Act, the California Environmental Quality Act, and AB 32, as well as on broader California climate, forest, and energy policy issues.

Kevin holds a J.D. from the University of California Berkeley School of Law. He also served as a judicial clerk to the Honorable Procter R. Hug, Jr., of the Ninth Circuit U.S. Court of Appeals and the Honorable David W. Hagen of the U.S. District Court for the District of Nevada.

Tina Thomas specializes in environmental, land use, and natural resource litigation, including compliance with the California Environmental Quality Act, National Environmental Policy Act, Subdivision Map Act, and the California Endangered Species Act. Tina represents both developers and governmental agencies, helping them navigate the complex environmental review and entitlement processes. Much of her practice is focused on infill and mixed-use development throughout California, serving as legal counsel for numerous cutting-edge projects that incorporate smart growth principles.

Tina’s work extends beyond the traditional role of attorney, shaping not only land use legislation, but also the way it is practiced and understood. Tina was one of the original authors of the Guide to the California Environmental Quality Act, a text that served as a leading reference on CEQA and an instrumental classroom resource. Tina has also participated in drafting CEQA legislation over the past three decades and in 2007/2008 she played an extensive role in the passage of California Senate Bill 375, authored by Senator Darrell Steinberg, which encourages smart growth and infill development.

Extra! Extra! Hear all about it!

California courts and our state legislators worked mightily in 2020 tackling important planning, zoning and development law issues. Join our panelists as they walk through the high points of last year’s statutory and case law adventures, which will undoubtedly put you ahead of the rest on your land use trivia.

Alisha Winterswyk is a partner in the Environmental and Natural Resources practice group at Best Best & Krieger LLP.  She is a CEQA and land use lawyer that advises public and private clients on an array of environmental, planning and municipal laws.

Alisha’s practice is both transactional and litigation-based as she takes a “soup-to-nuts” approach to representing clients and in the development process. Over the past several years, Alisha has contributed to the UCLA Land Use Law and Planning Conference as a speaker and she is delighted to now serve as a co-chair for this fantastic event.

Matthew Burris is the Deputy City Manager over Community and Economic Development for the City of Rancho Cucamonga. He has over 17 years of experience working with local government working for a variety of private sector firms as well as for local governments as an employee. Matt also served as a Planning Commissioner for California’s newest City of Jurupa Valley.

In addition to his work in community development, Matt has regularly taught planning courses for both UC Berkeley and UC Riverside. He in a Certified Planner, a LEED Accredited Professional, and holds a Bachelor of Science in Environmental Studies from UC Santa Barbara, as well as a Master of Science in City and Regional Planning and a Master of Science in Engineering from Cal Poly San Luis Obispo. Both Matt in his professional capacity, and many of the projects he has been instrumental in, have won state and national awards.

Todd Leishman, an attorney at Best Best & Krieger LLP, uses his background in environmental and real estate law to assist public agencies and private developers with real estate and land use regulatory matters. He serves as general counsel to planning commissions and departments in the cities of Big Bear Lake, Indian Wells, Azusa, and Artesia and as assistant general counsel to the Santa Margarita Water District.

*This activity has been approved for Minimum Continuing Legal Education (MCLE) credit by the State Bar of California for credit hours stated above. UCLA Extension certifies that this activity conforms to the standards for approved educational activities prescribed by the rules and regulations of the State Bar of California governing minimum continuing legal education. In our virtual environment, UCLA Extension is required to document the sign-in and sign-out times of each participant on Zoom. When you submit your hours for credit, you can only submit the amount of time that you participated in the Zoom webinar.
**This activity has been approved for Continuing Professional Development Program (CM) credits by the American Institute of Certified Planners. 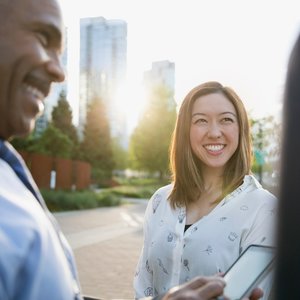 For over 25 years, UCLA Extension has been training professionals in public policy through the annual Land Use Law and Planning Conference, CEQA seminars, as well as climate policy, education policy, health care policy, and food justice courses.

Our team members are here to help. Hours: Mon-Fri, 8am-5pm.