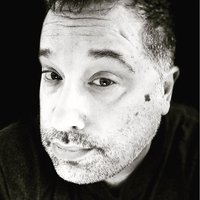 has taught film studies and screenwriting at the university level for a decade. His writing on film has appeared in numerous publications including Film International, Senses of Cinema, Bright Lights Film Journal, and The Journal of Film and Video, among others. He is also the co-editor of Race in American Film: Voices and Visions that Shaped a Nation, which Library Journal named a Best Reference work of 2017.
Instructor Schedule
The Language of Filmmaking
Spring 2023