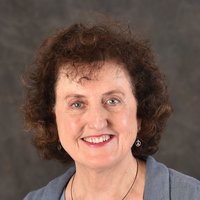 Award-winning producer and writer whose credits include Showtime film They, PBS documentary The Kennedys: America’s Emerald Kings, and projects for Netflix and NBC-Universal. She is the owner of Chaise Lounge Productions, Inc. and has written films for Hallmark Channel, CBS Film, Lifetime, and PBS. Ms. Terry formerly served as showrunner for several series on Showtime, including Shelley Duvall’s Tall Tales & Legends and Faerie Tale Theatre. Her awards include the George Foster Peabody Award and the Christopher Award, as well as three Emmy nominations. Her work has been selected for The Venice Film Festival, Los Angeles Film Festival, and the Chicago International Film Festival.