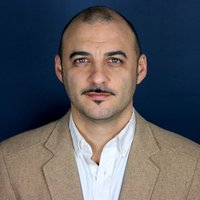 Born in Buenos Aires, Argentina, Guido Segal moved to Los Angeles in 2016 to pursue his MFA in Screenwriting at UCLA. He has worked as a journalist and a film critic in Argentina and Spain, and was a Jury Member at la Semaine de la Critique during the 2014 Cannes Film Festival. Segal worked as a documentary filmmaker for History and Discovery Channel, and has a vast experience as an assistant director and screenwriter in Argentine films. He co-wrote the films Leones (2012), and Kekzsakallu (2016), both of which premiered at the Venice Film Festival. He was staffed in three Argentine TV shows: Un Ano Para Recordar, La Asombrosa Excursion de Zamba and Siesta Z, which was selected for the Power to the Pixel conference in London. His screenplays have been nominated for two International Emmy awards and have won one Martin Fierro award. Segal has taught Screenwriting and Film Analysis at Universidad del Cine (Buenos Aires), TTVO University (Tampere, Finland) and UCLA, which selected him as a Telluride Film Festival FilmLab Fellow. In 2019, he was a fellow at the Tomorrow's Filmmakers Today program hosted by Hola Mexico and HBO. His TV series High Priest is currently in development with 30 West and his feature film script Curupira, produced by Alejandro De Leon, is scheduled to start production in 2021 in the Dominican Republic.