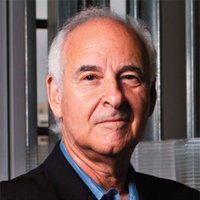 I am an Associate of the UCLA Center for Medieval and Renaissance Studies (CMRS), and have academic degrees from Columbia (B.A.) and the University of California, Berkeley (Ph.D.).  I have developed and taught courses at UCLA, on campus and online, including Homer and James Joyce, the Literature of Existentialism, Technology and Human Values, and Banned Books, as well as courses in Comparative Literature’s several-part humanities sequence: Western Literature from Antiquity to the Twentieth Century and World Literature from Latin America, Africa, and Asia.  I have written Chaucer and the Art of Storytelling (University of California Press), published essays on medieval literature, the Italian trecento, and medievalism, and lectured in this country and in Europe on such subjects as literature and philosophy, the shared texts of Western religious identity (Jewish, Christian, Islamic), theories of translation, and Cicero, Freud, and Emmanuel Levinas.  In addition, I have lectured on distance learning for the Ministry of Higher Education, Iraqi Kurdistan.  I am co-editor of The Decameron and the Canterbury Tales: New Essays on an Old Question and of two volumes in the Brill “Presenting the Past” series: the first called Mobs in which my essay on Elias Canetti appears; the second called Time: Sense, Space, Structure, in which my essay “No-Time in Non-Places” appears.  My recent work has been published in two MLA volumes: Approaches to Teaching the Poetry of John Gower and Approaches to Teaching Chaucer’s Canterbury Tales.  In 2009, I received a Distinguished Instructor Award from UCLA Extension.