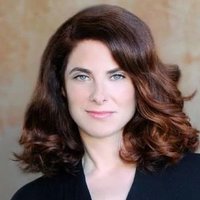 Ms. Zeigler is a producer, director, screenwriter and comedian, who earned her MFA in Film Directing from the American Film Institute. Her films and music videos have screened at festivals including South By Southwest, Ann Arbor Film Fest, SF Jewish Film Fest, SF Documentary, Euro Underground and the Student Academy Awards. She co-produced and hosted the web show The Minx Mandate for Revision 3, in which she interviewed leading experts, thinkers and troublemakers on the future of humanity. Guests included celebrity blogger Perez Hilton and immortalist Aubrey de Gray (seen on 60 Minutes and The Colbert Report). Zeigler's feature screenplay What Do You Thinx of Madeline Minx? won awards at Broad Humor Film Festival and Female Eye Film Festival and was a Sundance Screenwriter’s Lab finalist. Kathleen Turner performed in a staged reading of the script.

Zeigler was commissioned to produce a one-woman multimedia show for New Langton Arts in San Francisco and was subsequently invited to perform the show at Media Archeology: Software Cinema Festival in Houston; and at Installation, Performance and Interactivity Festival in Santa Fe. She was a semifinalist in SFCC’s Battle of the Bay standup comedy competition and a semifinalist in the storytelling competition at iO West’s Scripted Comedy Festival in Los Angeles. She has performed storytelling at venues including Fireside Storytelling, Lost Weekend Video and Adobe Bookstore.

Zeigler performs music under her alias Madeline Minx. Her unique brand of quirky electronic dance music has appeared on numerous dance charts around the country, and received extensive radio play. Her self-directed music video Rabbi of Rap was written up in GrungeCake, J.Weekly, SF Weekly and Jewish Journal. Her self-directed music video Feminem was featured on The Huffington Post, Eminem Lounge, Lady Hip Hop and Yahoo News. Noemi won the SLAM competition at Oakland’ s hottest monthly event Tourettes Without Regrets, for which she was awarded a really cool gold beer can.