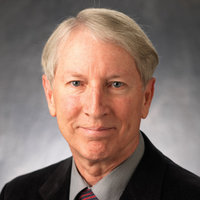 Steven Moore received his B.A. from San Francisco State University and his M.A. from the University of Washington. He began his career teaching drama and English at the secondary level and serving as a consultant/master teacher in arts education. He went on to work as a student advisor in UCLA’s School of Theater, Film, and Television for many years. He has taught a variety of courses for UCLA Extension’s American Language Center and the Osher Lifelong Learning Institute. He received Extension’s Distinguished Instructor Award in 2013.