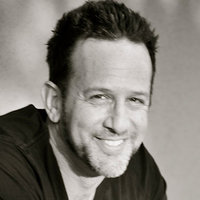 Screenwriter, WGA member who wrote Meet the Robinsons, Ringmaster, and Beautiful (starring Minnie Driver directed by Sally Field).  Mr. Bernstein has worked on film and TV projects for Paramount, DreamWorks, 20th Century Fox, NBC/Universal and the CW.  He recently wrote and directed the hit stage musical McCready.  Current film projects include The Unraveling (Neil Abramson, director) and Brian Wonders (Victor Robert, director).  He is a contributing author to Cut to the Chase (Gotham Books/Penguin) and is a recipient of the UCLA Extension Outstanding Instructor Award in Screenwriting.

Instructor Statement: My students are encouraged to read produced screenplays, to see movies, and to attend class. Just sitting there with a group of kindred souls can impart, by sheer osmosis, a love of movies and a deeper understanding of their creation. I confess to a bias in favor of the novel, of the musicality of language and its boundless landscape. But I suspect the art of the novel is, in large part, unteachable. Screenwriting, on the other hand, melding a strong concept to a visual format, the union of art and craft, is teachable. Could I distill 20 years' experience into a phrase, it would be that "the emperor wears no clothes." The mystery that has evolved around the word "structure," for example, is just so much bunk. All art has form and lends order to chaos, but if you can dance, you already know about pacing and rhythm. My classes strive to master the "rules" only so that we may creatively break them. We seek to create dangerous, magical, intimate moments for actors, stories rich in human behavior that deliver a satisfying emotional experience. We do it in a supportive workshop atmosphere and through short weekly assignments. We usually have a lot of laughs and make some good friends in the process.